A project inspired by the words of the death row inmates in Texas, United States of America.

I lived in Texas for many years and still spend part of the year in a place forty miles from Huntsville, the town known for the Death Row. I have read some of the letters and interviews that those sentenced to death have written or answered in the Polusky Unit in Livingston, a town not too far away from Huntsville, where in 1999 the Death Row has been transferred. Their words, thought in the loneliness of their cells, have inspired my pictures. I limited my attention to Texas not so much for familiarity, but because it is the place that witnesses the highest absolute number of executions not only in the United States but also in all democratic nations of the Western World. After a wait that lasts an avarage time of Ten Years and Eighty-Seven Days, title that I chose for my work, the prisoners are executed. They live all this time alone, in touch with the world only through a small radio, books and legal acts that concern them. These privileges are granted only if they act with good behavior and follow all established prison rules. They spend and average of 3737 days in this condition, sometimes more than 20 years, not always and unquestionably guilty. My pictures are the result of their words: I shot them also thinking at those who are left, keeping in mind the families of those who were executed. I do not want to deny the cruelty and arshness that often reveal the crimes or highlight, in other circumstances, the absence of cruelty. In both cases – as well as in the countless shades of every single episode – I ask myself: which are the feelings and reasons that in the XXI Century, in the rich and advanced Texas, can justify such an arcaic practice as letal execution?

LOOK AT THE ARTIST’S BOOK

LOOK AT THE TRAILER 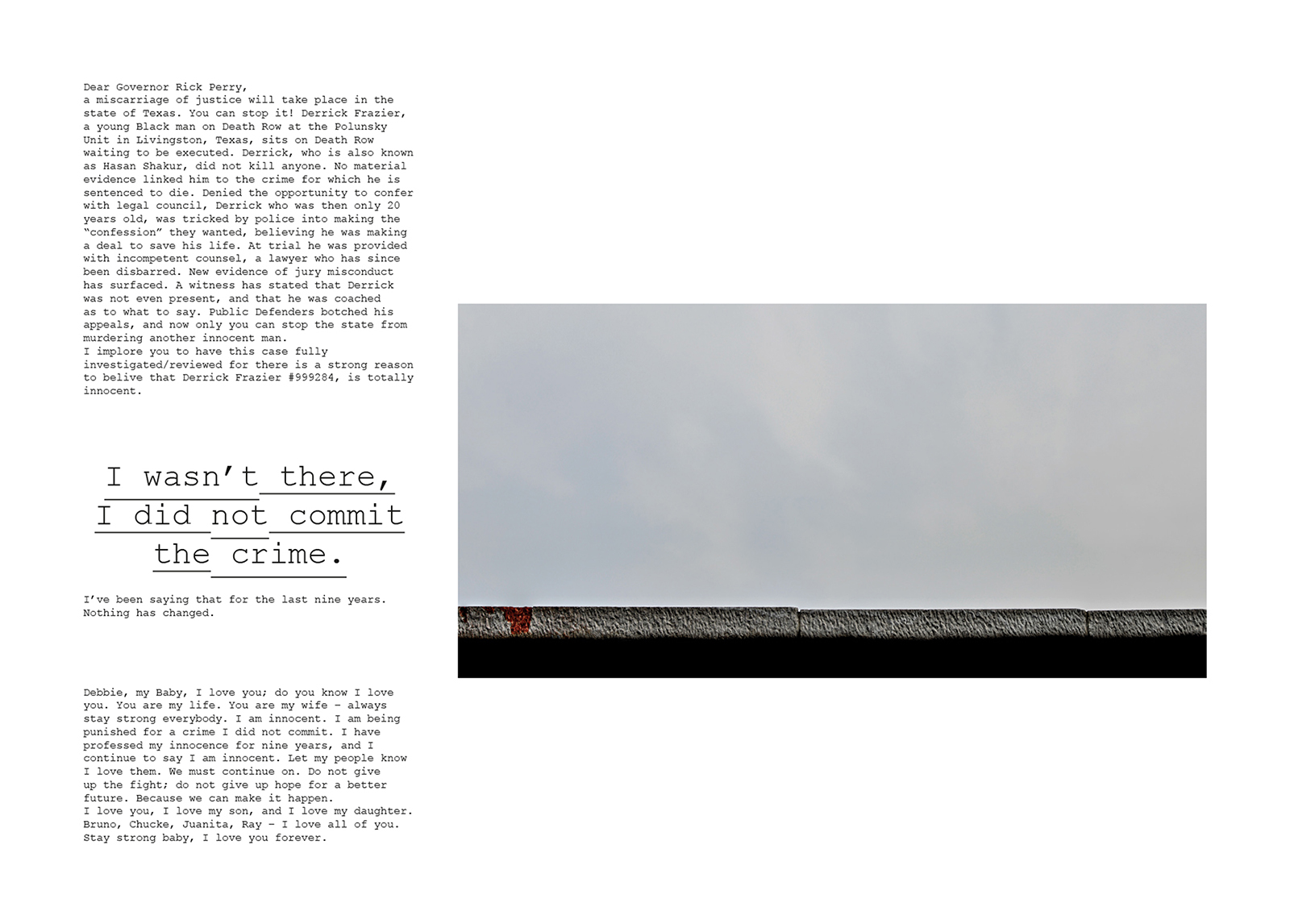 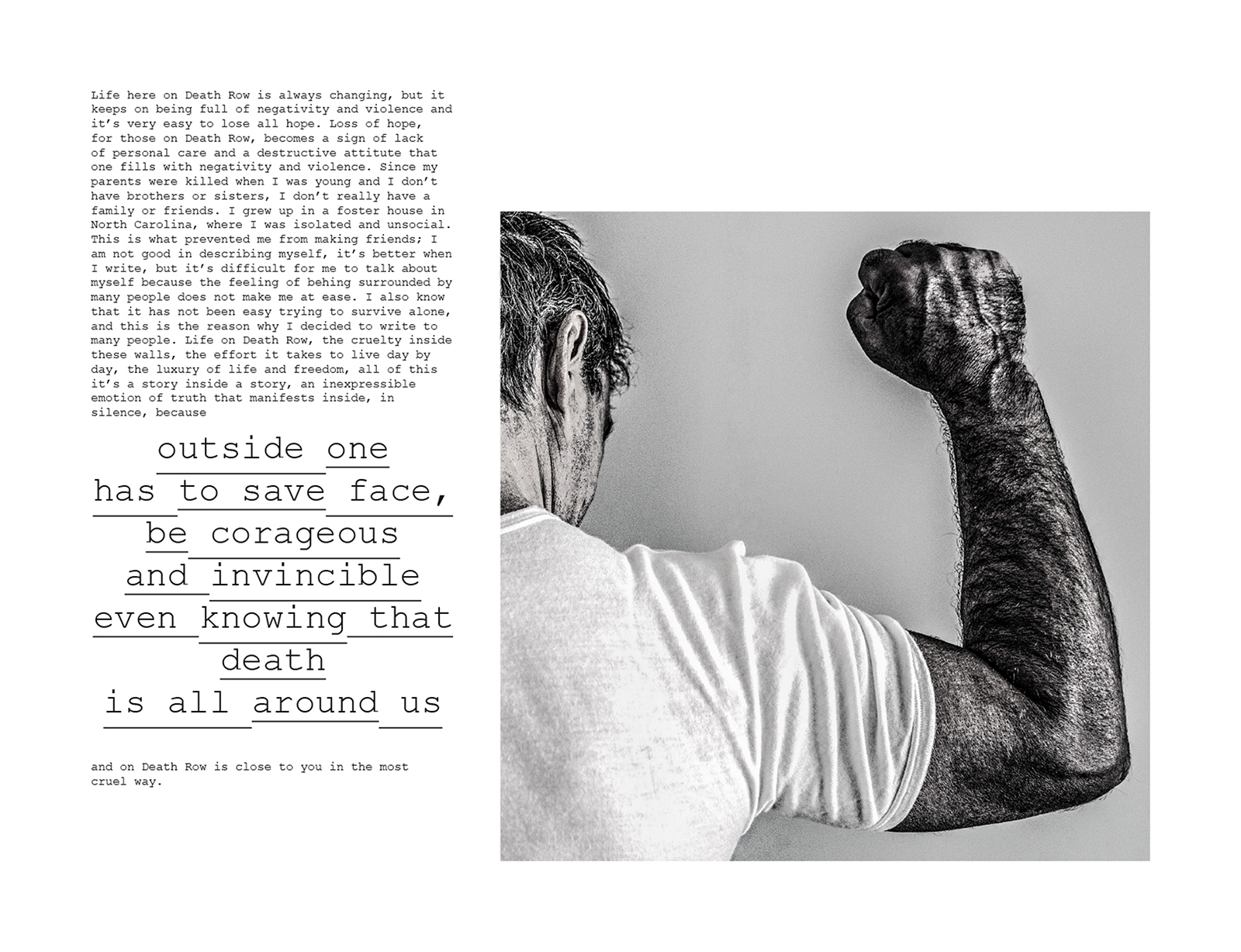 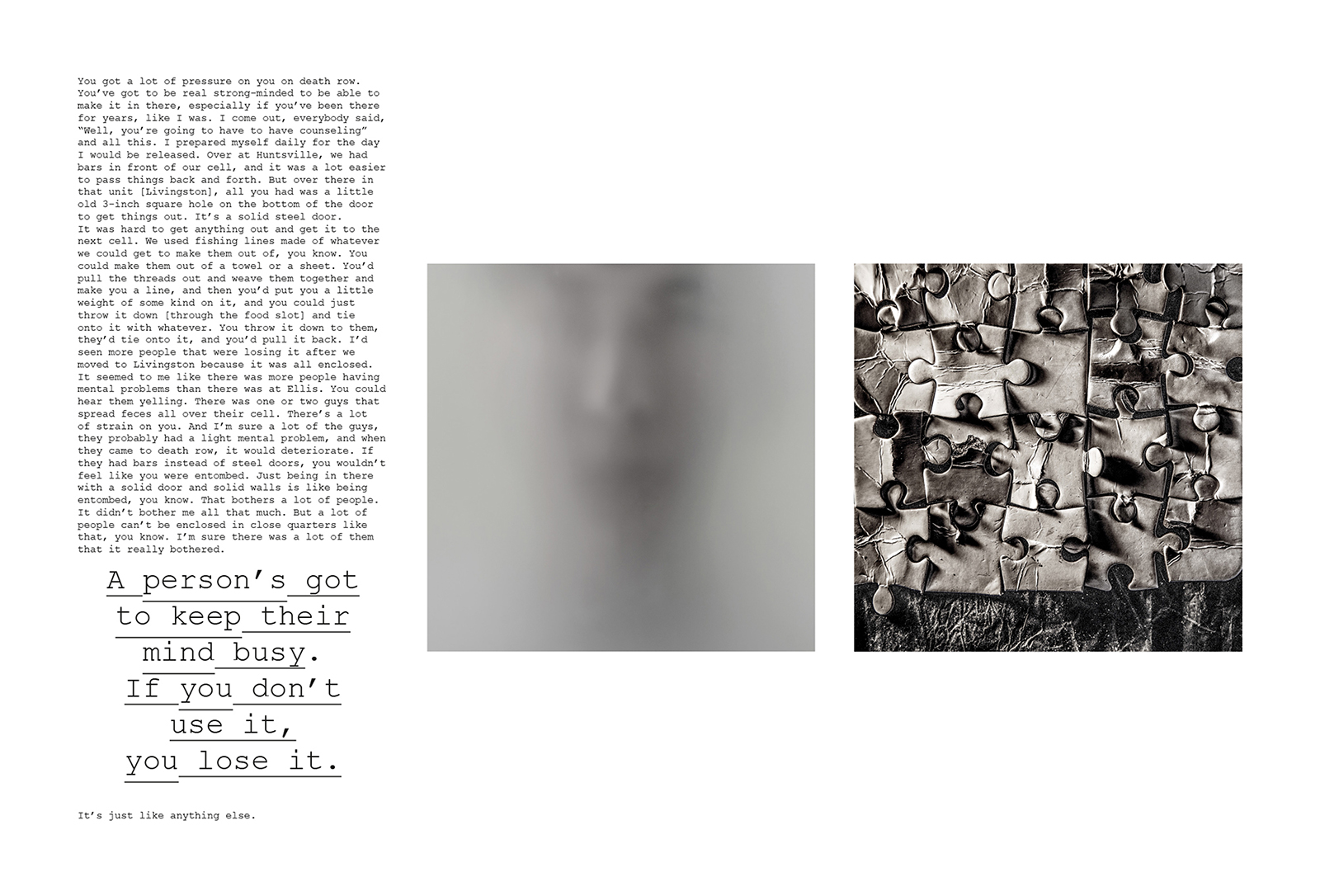 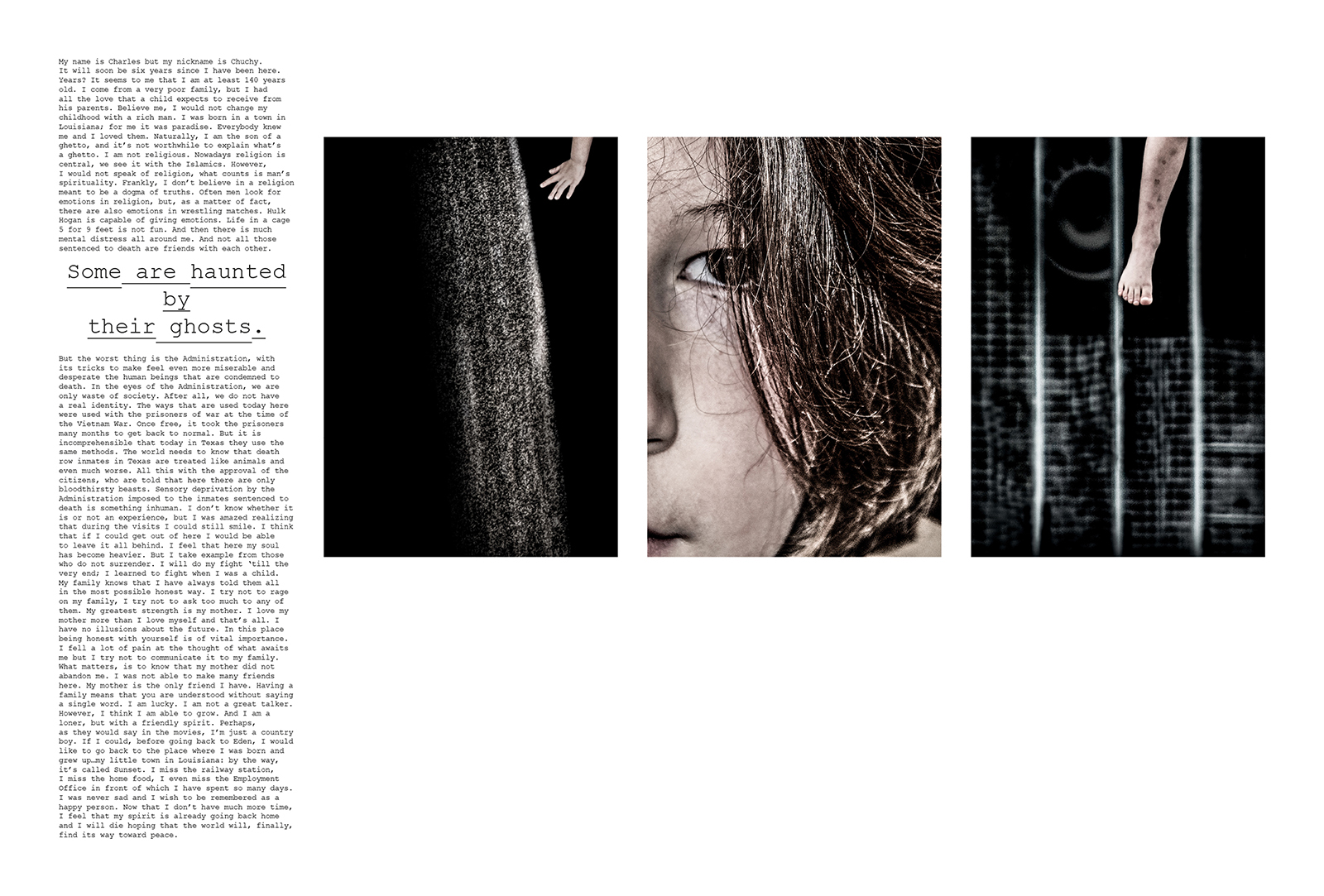 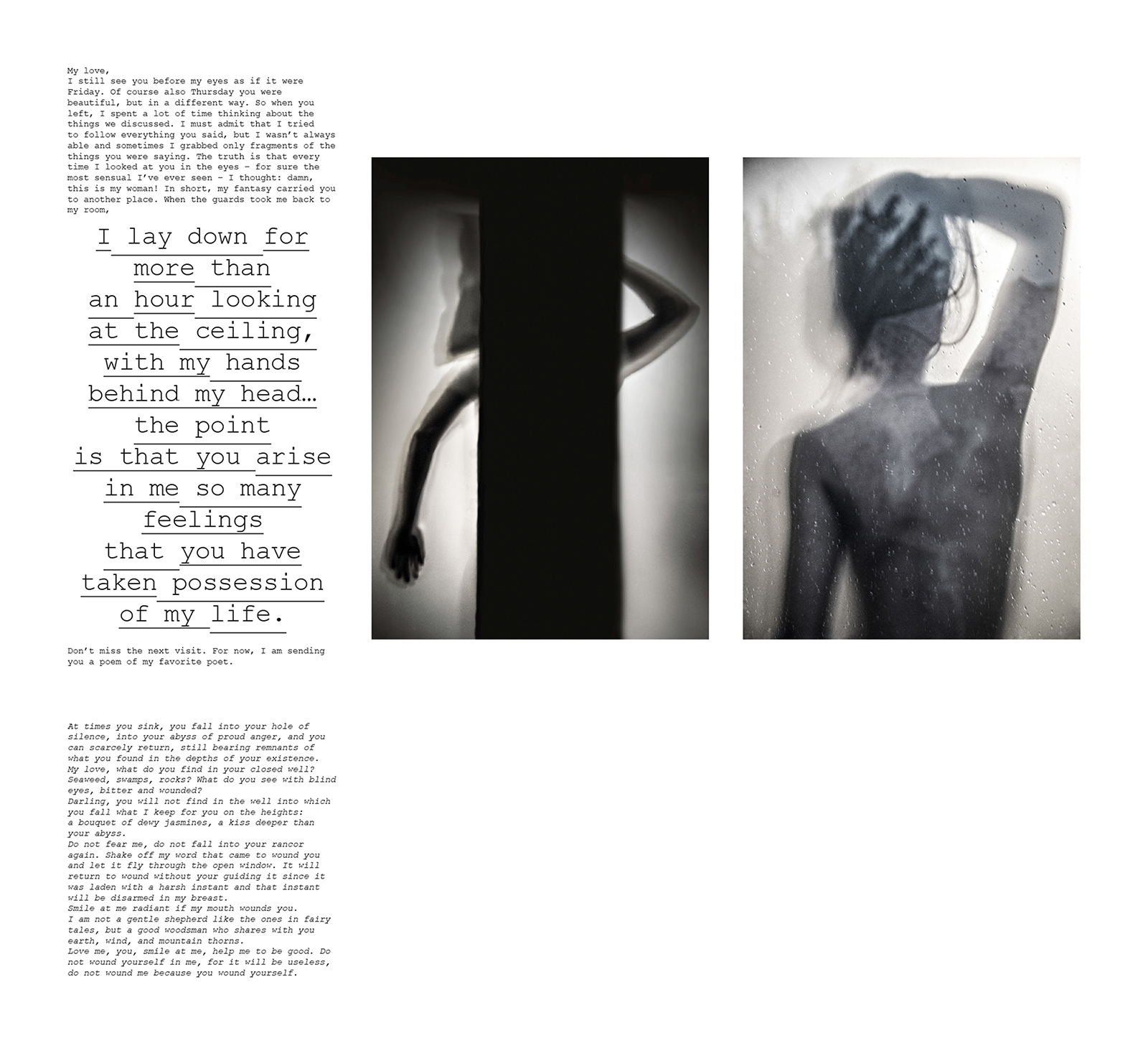 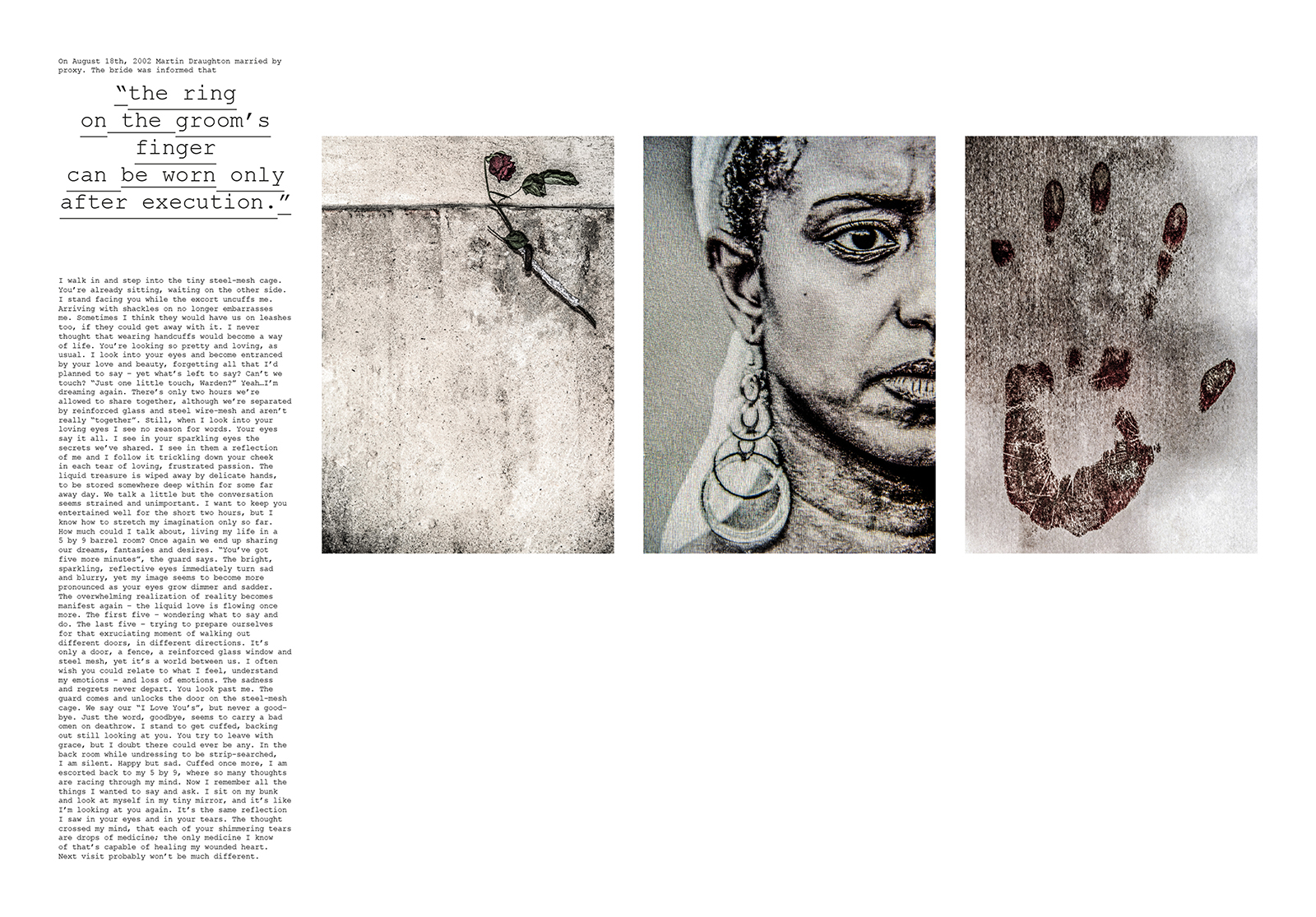 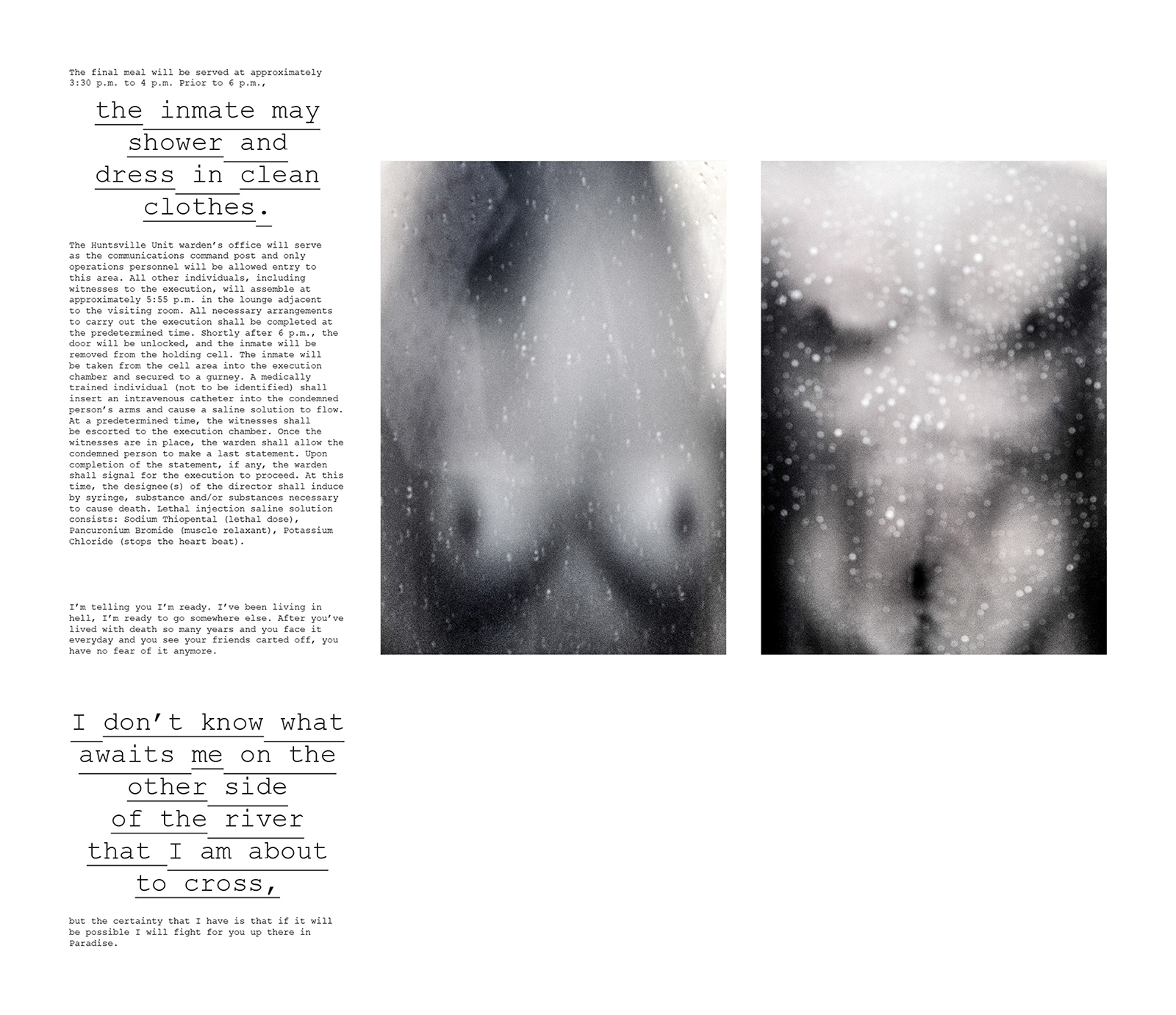 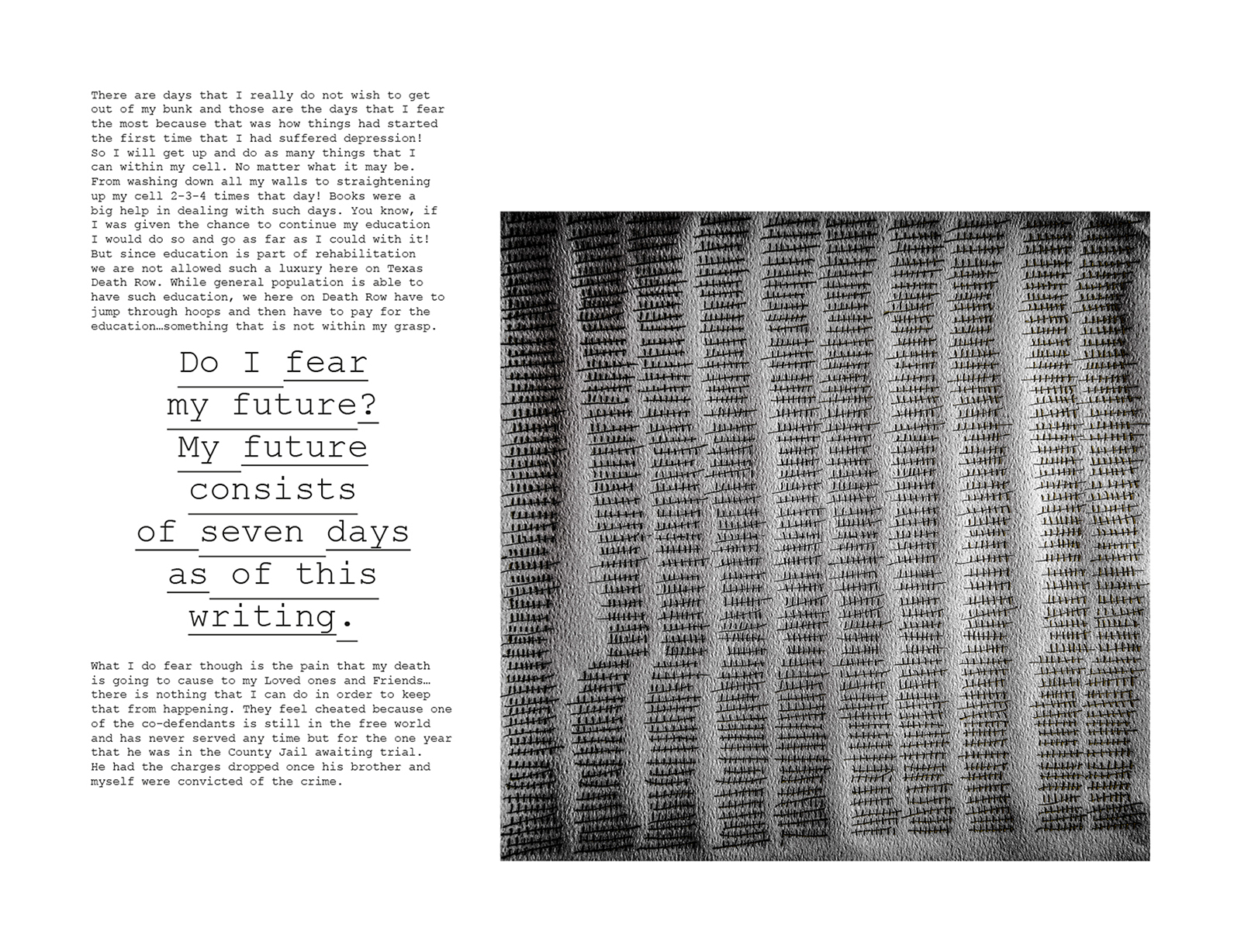 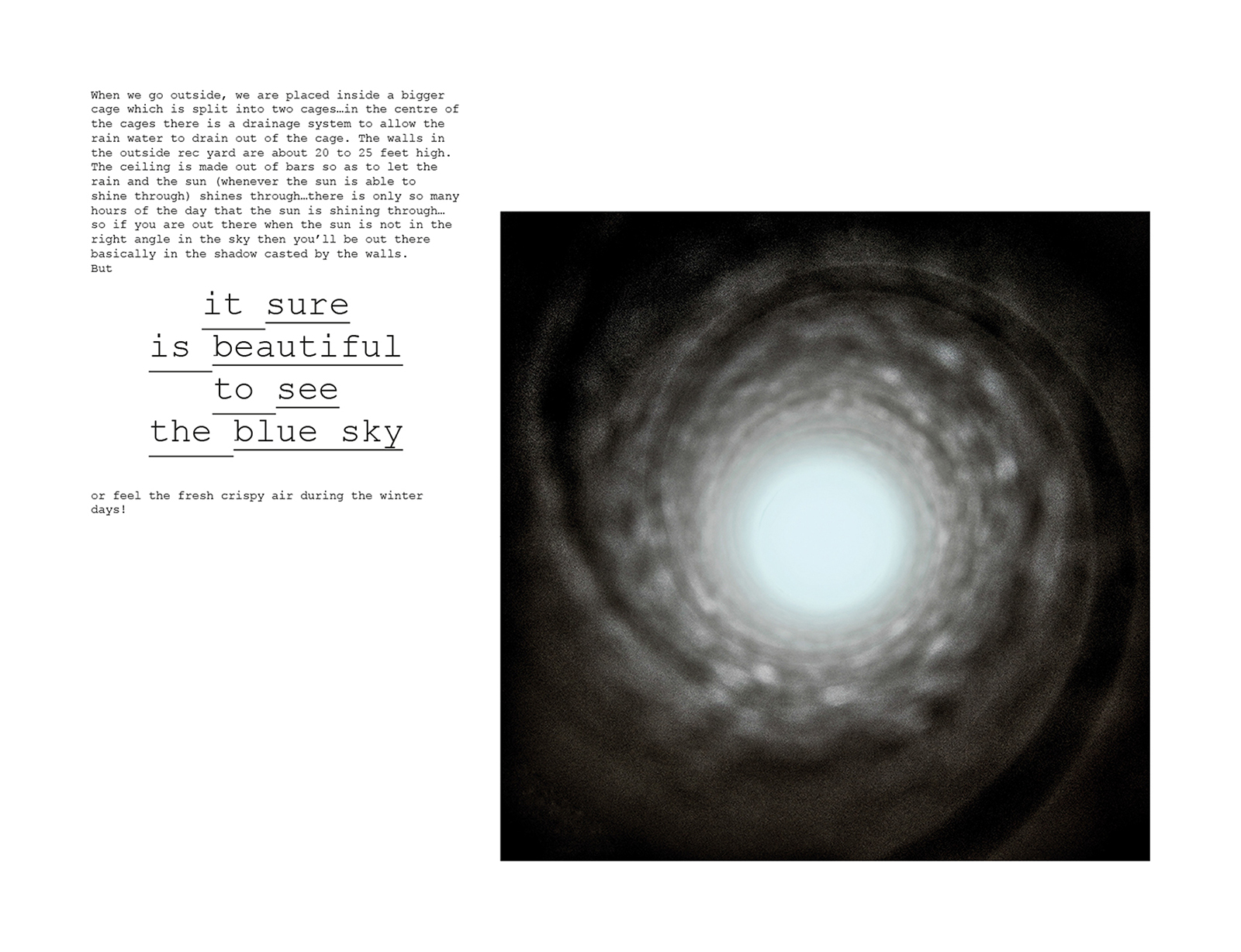